W-World Newsroom- Get ready for a blast of the past with this year-end review only on WNewsNetwork. First started in 2015, The year-end counts down the events of the year with a 31-day countdown of the top news.

2018 is the year that saw many things to the world which the world did not expect from Hurricanes to storms to attacks and shootings to sudden elections changes in countries around the world. This year’s Year-end review will be one of the hardest to count down but WNews will do it. We are releasing a one-hour special on Christmas Day for the world to watch.

W-World Media is an Online International Media and News company based out of Vancouver, Canada which started in December 2008 as WTYW7 with a rebranding in 2014 to W-World Media. W-World Media officially incorporated in 2016.Â W-World provides the latest news, media content to the global world. 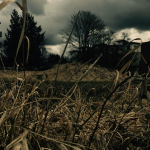